When my son, Daxel, was going to turn two years old, I was super excited! At the time, I hadn’t slept for (pretty much) the entire two years. I was so excited he was getting older, partly because it showed promise that I’d be getting some sleep soon. But also, he was taking in full sentences and it was just so adorable. I was also VERY excited to do a birthday theme that was original and didn’t include pre-packaging like that you’d get at a party store. 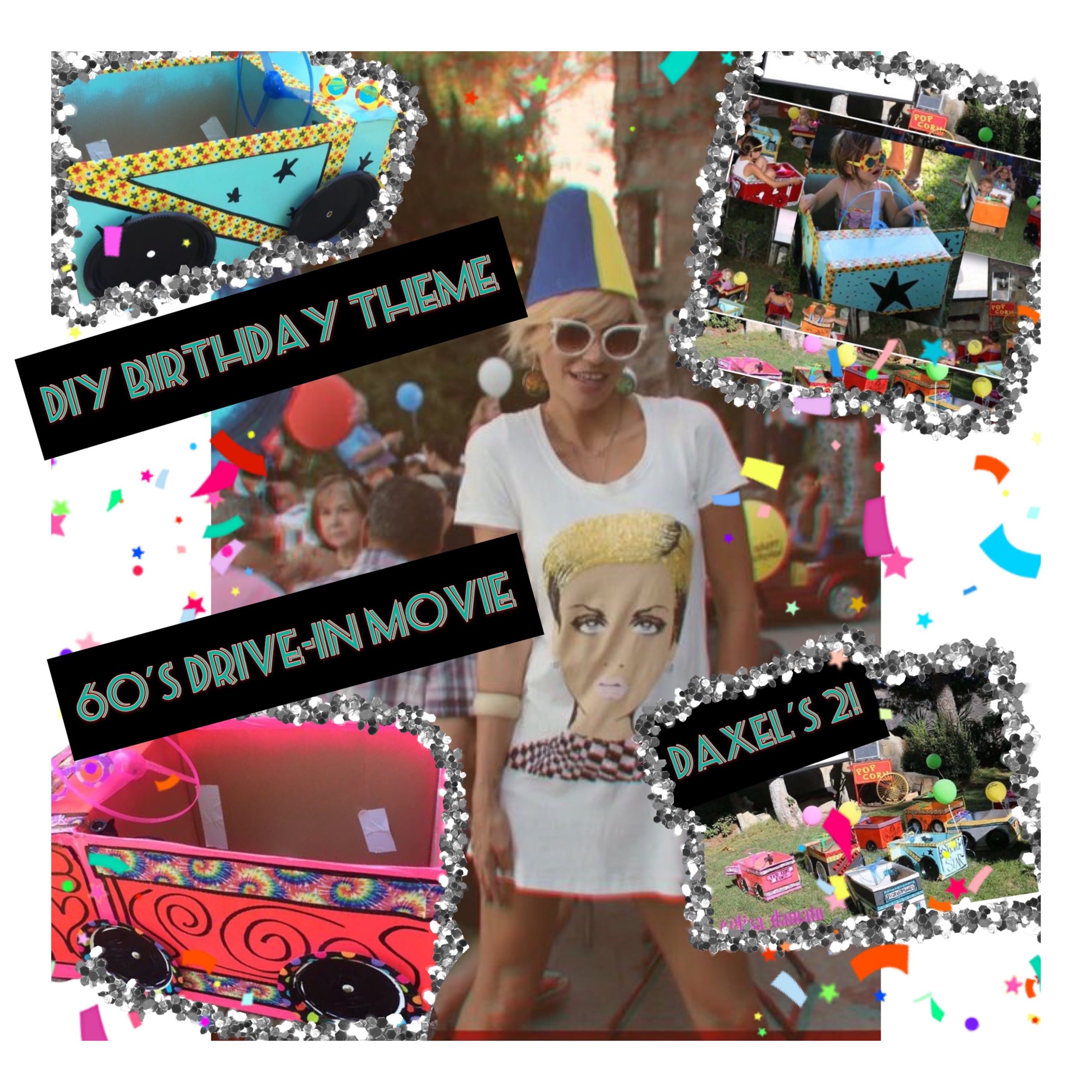 My entire life I have been super crafty. Becoming a mom made this crafty niche extra fun for me. I started going on Pinterest for all types of creative ideas like most moms tend to do. I entered in the search bar “Fun DIY Birthday Themes” and I got some pretty interesting ideas.

After scrolling for minutes, passing tons of Disney ideas and Looney Tunes, and princesses, and pirate themes, I saw a pin where a group of kids were watching a movie in a living room with balloons everywhere sitting in bare boxes holding popcorn. On the boxes were drawn tires to make them look like little cars. I immediately thought “This is it!” It was the only picture I saw of this idea of a drive-in movie, and I knew I would bring this idea to life by giving it a 60’s theme, kinda like the movie Grease.

I had found my fun dress shirt at a garage sale a week prior which I thought was meant to be considering it had Twiggy on it – so perfect! I also found this weird hat at a vintage store, too. We were ready to celebrate and Daxel’s 2nd birthday party theme was ready to be designed! 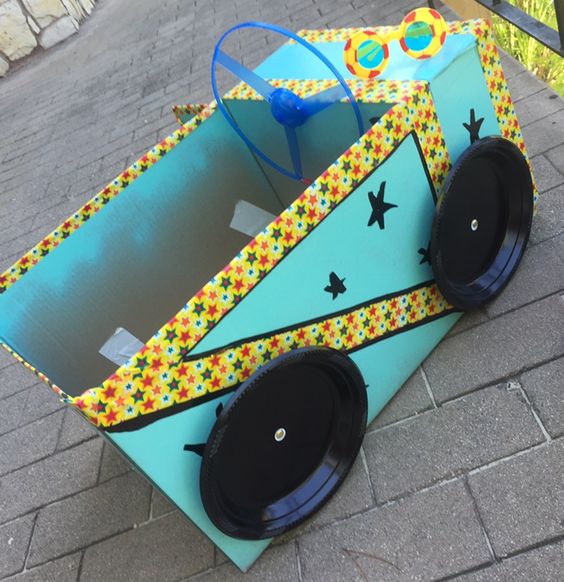 Daxel and I had a ton of fun creating these little cars together. All you need is: 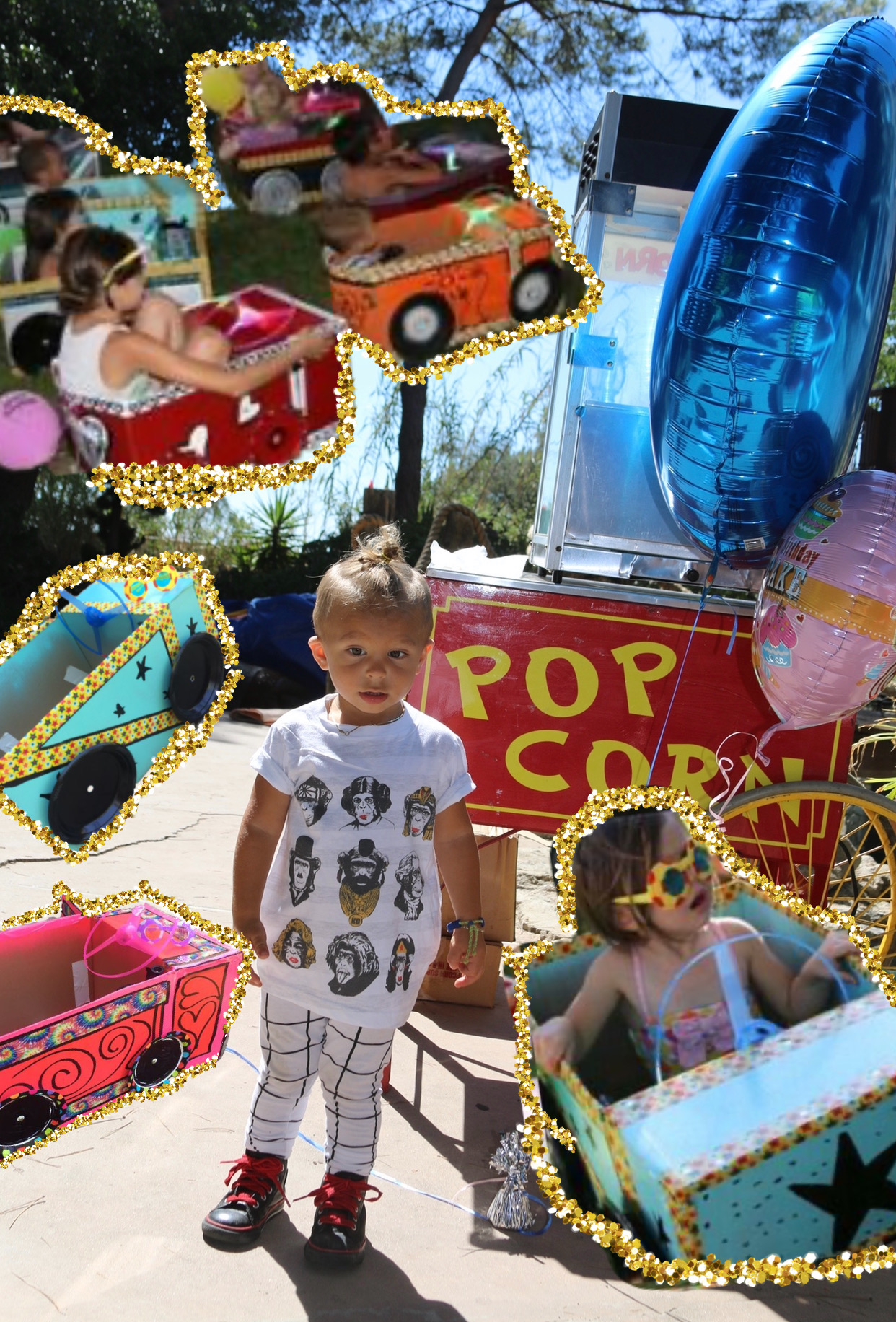 My husband’s cousin Mike has an Event Production Co called G&C Event Productions, so he lent us a popcorn machine. We also borrowed our neighbor’s movie projector and the back drop, and the party was lit in a snap before you knew it.

The cost of this party was basically nothing, too! This was a few years ago; Daxel is 6 now. Back then, this idea wasn’t pinned a lot on Pinterest, but now I see it has grown tremendously. It’s impressive! I added a bunch of others pictures of this idea that have chosen this theme through the years on my pinterest board to help you get inspired.