As I laid in the zero entry pool, surrounded by amazing friends, sipping on a delicious Daiquiri, I realized all my worries were for naught. Being the only mom in a group of sensational, talented, vivacious women, I was rather nervous about going away for a bachelorette weekend.

I’ve partied it up with these ladies several times before and had a blast! I was always the older, ridiculous, carefree big sister type…but that was all before baby. I’m not saying that since having a kid I’ve lost my edge, but I found myself having some doubts as we headed down the road to San Luis Obispo. Doubts which I had, not because of who I was around, but about where I am in figuring out this knew identity.

Doubts like, would I overshare on motherhood? Would they get tired of hearing about it? I seriously did not want to deter any of them from the choice of having a baby. I’ve always wanted to be completely transparent with my journey to all of my friends. But sharing the nitty gritty details might be a bit much. 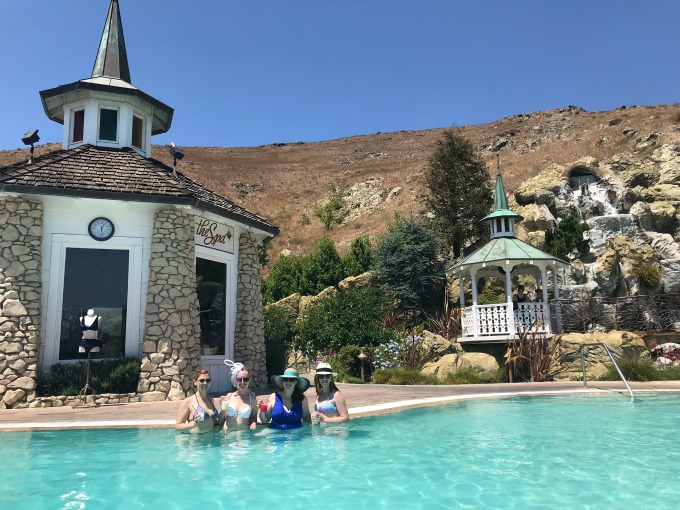 Then there was the joy of changing around these ladies. I’m proud of my body, it’s strong and went through some weird science of creating life! But that doesn’t mean I don’t have hang ups or worries. I’ve always been the curvy gal in the group but those curves were not quite as marshmallow-y as they are now post-breastfeeding!

Most of all, I didn’t want to come across as condescending about motherhood. The ole “you can’t understand because you haven’t had a baby” routine. These women are some of the most empathetic, considerate friends I have, but I still had that worry.

We went to the Madonna Inn in SLO, which if you haven’t been, you need to go. It’s over the top extravagance and mid-century playfulness was perfectly matched to our Bride. We had themed rooms, drank wine from their colorful chalices, and sun bathed at their quiet, relaxing pool. The drinks from the Terrace Pool Bar were the perfect accompaniment to that atmosphere. 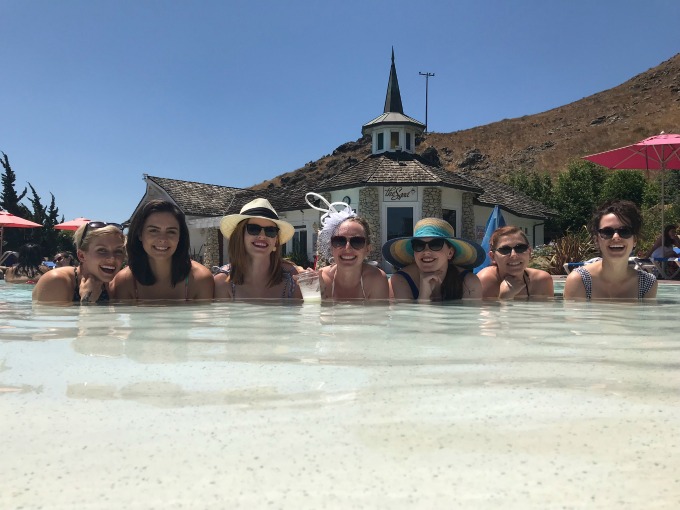 One of my favorite moments was sitting in one of their spas later that night, playing Hot Seat. One person has to answer any question asked of them honestly in the 2 minute time period. It was amazing! From silly questions to hypothetical situational ones, to some that cut very deep, I absolutely loved getting to know my friends even more.

And in all of this, I realized that my friends still see me as me. They were inquisitive and sensitive to what I shared and completely open! Two funny moments were asking if one friend wanted to touch my belly since it, as I said before, feels like a soft marshmallow. Her response was, “is it weird I find that so comforting?” It made me laugh and I found it very sweet. The other was sharing stories of breastfeeding and how the structure of my chest is completely different. One friend asked if she could touch my boob…I totally said yes. It was like a science class! Sharing what may happen to their bodies post pregnancy. 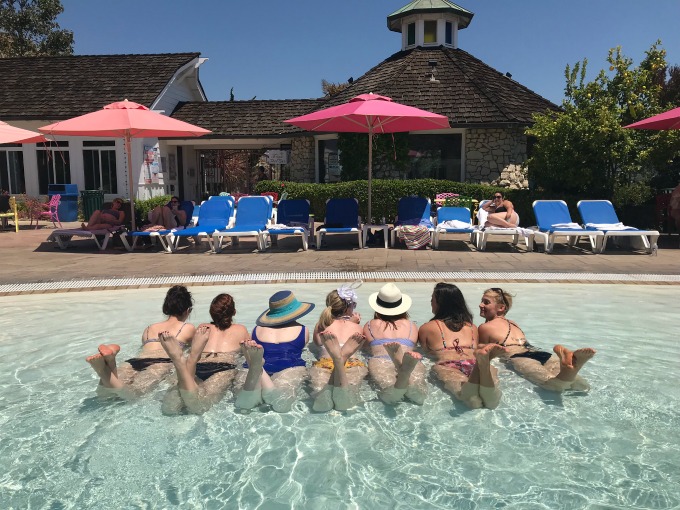 A big takeaway is not the focus on worrying about what my friends are going to think. They’re killer and supportive. It’s also not the loss of identity, either. It’s that I have a whole new part of myself that’s continually changing. All of my patterns in life are still the same, but how I fit is different…which is mostly an internal thing. It’s not a bad thing, it’s just different. And I need to remember to give myself the space needed for that.

So the answer to the question you’re all wondering? Mama did bring the party. Who suggested shots in the pool? Me. Who brought penis shaped cookies resembling each person’s celebrity crush? Me. Who finally let her hang ups go and had a helluva weekend with her girls? Me!!