It took me a handful of years as a mother to realize this question was floating around inside me, like a balloon. But I was too tired and too overwhelmed to grasp its string and pull it down for a closer look. There were kids to be fed, swings to push, and naps to unsuccessfully chase. Thankfully, that life-changing question was patient with me, and also resourceful. It knew how to get my attention.

Am I Broken, or is Motherhood?

When my youngest was two and my oldest was eight, an idea hit me over the head. As a writer, I see ideas in literally everything, but this was different. This one was yelling at me. This idea made me wonder, what would two moms who were both at the end of their ropes do if they raced off to Las Vegas together, leaving their families and piles of laundry behind? Would they do drugs, would they cheat, and/or would they lay in bed alone and watch reality TV with no one touching them? And wouldn’t it be interesting if one of the women was the other’s therapist?! Maybe their roles could switch and even though the therapist offered her client-turned-friend some significant help in the beginning of the book, maybe the therapist had her own shitshow going on. We are all human, after all. 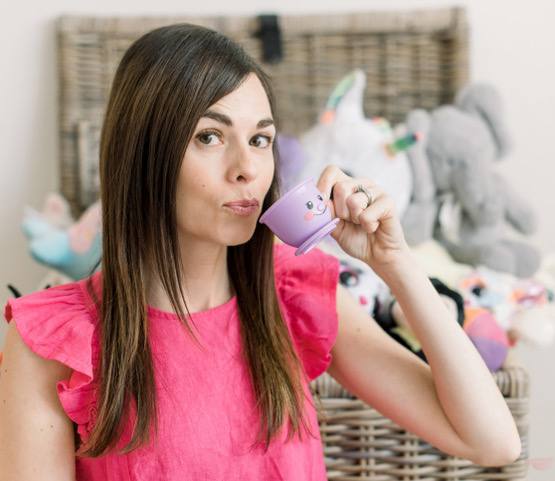 Even though I felt an immediate fire light underneath me with these writing prompts, my rational side immediately snuffed it out. I had two small kids – how and when could I write a book? Also, how does someone write a book? My life was measured in increments of “Elmo’s Worlds,” not leisurely afternoons to think my own thoughts. Then the idea got smart. It knew how to capture me once and for all, by appealing to my love for 90’s rap. “What if you make Snoop Dogg one of the main character’s neighbors?” it whispered to me. “Well shit, now I have to write this!” I thought.

But again, my logical side pushed it away. The autonomy that book-writing required was a luxury I didn’t have. We couldn’t really afford a babysitter, and I was not going to “write around the puke” (as other famous writers had done), and try to care-take my kids while also writing a novel. I would rather drive my minivan into the ocean than do that. But for the next week, I couldn’t sleep. I was up at night, furiously typing a flood of more detailed story ideas, possible character quirks, plot points, jokes, and ponderings. Sleep is my love language, and I wasn’t getting any of it. After a week of feeling like I had a newborn again, I gave in and said, “Fine. I’ll write the damn thing if it will just let me sleep.” And so, I did.

I hired an affordable babysitter, and in the chunks of time she gave me, everything I’d felt about marriage after kids, and being a mom – all those tangled, nuanced, conflicting thoughts – came pouring out of me. I held nothing back as I said the things other mothers weren’t saying out loud. I laughed, I cried, I raged, I poked fun. I was right there in the story every time I sat down with it. Side note: I’m grateful I wrote about being in the trenches of motherhood from the actual trenches of motherhood because it gave an unparalleled authenticity. But looking back, it was a little masochistic. Using your “me time” to write about the thing you need a break from, rather than actually taking the break from them, is a special kind of insanity. 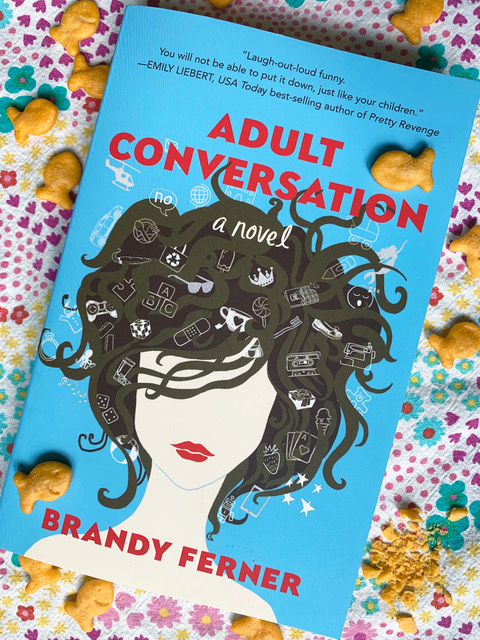 As I wrote and wrote, I didn’t know that this question, “Am I broken, or is motherhood?” had sneakily orchestrated this entire thing so that I would acknowledge its important words. So when I typed them on the page for the first time, I felt their power at my core. I sat back in the fuzzy green glider and looked at my entire experience summed up in one question. This is what my main character, April, is seeking the answer to – this is what I am seeking the answer to! And suddenly, both April and I were on our way as our story unfolded like this:

As a thoughtful, but sarcastic mother of two, April tries her best to be a caring, connected mom as she rages at modern motherhood’s impossible pressures, her husband’s “Dad privilege,” and her kids’ incessant snack requests. She wants to enjoy motherhood, but her idealist vision and lived experience are in constant conflict with one another. Is she broken―or is motherhood?

Desperate for an answer, she seeks out a therapist, and lands with an unexpected woman whose validation and wisdom gives April the clarity to reclaim herself. But when the ever-elusive babysitter cancels last-minute, April finds herself back at square one. She seeks guidance, but her therapist is now dealing with her own crumbling marriage―and instead of counseling April, she convinces her to speed off to Las Vegas with her to help catch a cheating husband. With a little weed, alcohol, and topless pool hopping, plus a male stripper and some much-needed autonomy, the two find lost pieces of themselves that motherhood swallowed up. But neither one is prepared for how tested―and tempted―they will be, or for the life-altering choices their journey will force them to make. Who is guiding whom anymore?

Writing this story, and taking April on a wild ride, was therapy for me. In those pages, I worked out a lot of my misgivings about this Mom gig. And, I got to go on a trip to Vegas and smoke Snoop Dogg’s weed (if only in my mind). I also learned that loving your kids and finding parts of motherhood unenjoyable are not mutually exclusive. This seems obvious now, but in my experience, moms need to have this spelled out for them to really get it. It’s like they need permission from another mom in order to believe it. Let this serve as that permission.

I initially wrote Adult Conversation: A Novel because the ideas in it wouldn’t let me sleep, but at some point during the process, I realized that it was basically a love letter to all the overwhelmed, survival-mode mothers out there (like I was), who didn’t have the energy or mental bandwidth to articulate the entanglement that is modern motherhood. I wanted these moms to feel seen and validated, and to tell them if motherhood wasn’t what they thought it would be, they’re not alone. The way that we become mothers today, sequestered away from each other, expected to do a majority of the childcare and household management just because of our gender (even if we also work!), without community support, and wired to fill in the gaps of other broken systems, is not how it’s supposed to happen. So let me make this clear, dear mama: you are not broken, motherhood is. 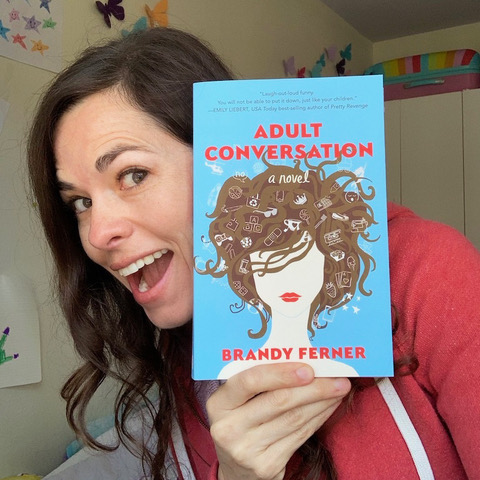 If you would like to join April and I in a darkly comedic novel about modern motherhood, grab a copy of Adult Conversation: A Novel, available everywhere.

Guest writer – Brandy Ferner
Brandy Ferner is the author of Adult Conversation: A Novel, and she hosts a “real talk about motherhood” podcast called “Adult Conversation,” along with a robust FB page and blog. She has also written for Romper, HuffPost, Cafe Mom, Mock Mom, and others, and have had viral posts/articles featured by Good Morning America. Her book was also just mentioned in The New York Times.

In addition to writing and fulfilling her kids’ endless snack requests, she spent the past decade working as a doula, childbirth educator, and birth trauma mentor, ushering clients through the intense transition into motherhood. The insight she gained from watching moms crack wide open — literally and figuratively — and her own experience as an independent woman who suddenly traded autonomy for snuggles, led her to say out loud the things that modern mothers are thinking. Sometimes it’s serious, sometimes it’s comedic, but it’s always honest. She currently lives in Southern California, and her love language is sleep.