Getting diagnosed with gestational diabetes during my pregnancy has taught me two very valuable lessons about motherhood. One, no matter how hard you try at being perfect not all circumstances are controllable, so you might as well throw the perfection course of action out the window now. Two, from the moment you conceive, you will become the biggest health advocate for your child. The instant you become pregnant you will be thrown into a whirlwind of choices that will need to be made not only for yourself but for your unborn baby, as well.

We live in a health-conscious world that has tormented motherhood with controversial and scary choices, from vaccines to supplements, to the safety of ultrasounds. One of the hardest choices I have had to make to date is to drink or not to drink? That is, to drink or not to drink the dreaded orange drink for my gestational diabetes screening that is filled with sugar, chemicals, artificial colors, preservatives and can cause aggressive side effects. 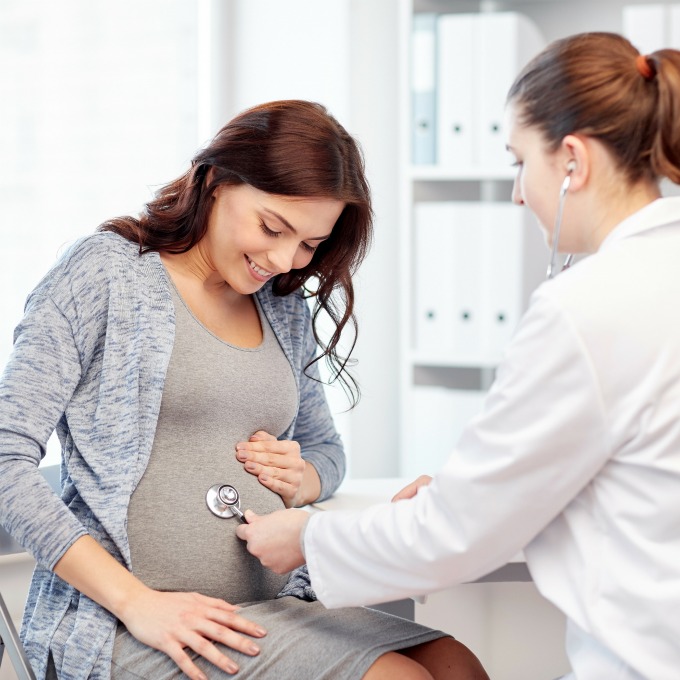 To Drink or Not to Drink?

Gestational diabetes is not talked about much, and now that women are having babies at later ages in life, more and more women are at risk of battling gestational diabetes. With the higher risk factor much attention has been turned the controversial topic of the gestational diabetic screening drinks. The good news is that you have options and a safe alternative to the traditional glucose tolerant drinks.

I can’t stress enough how this is one of the most important screenings you will take in your pregnancy, and just because you think you’re not at risk for diabetes doesn’t mean you can’t get it. I am not the poster child for someone who would test positive for gestational diabetes, and I did. In a black and white world most mothers-to-be feel there are only two choices. You either take the drink because you feel the test is important and the doctors tell you to, or don’t take the test because you feel you are not at high risk of gestational diabetes and don’t want to put your body or your baby through the aggressive process. Well, I am here to let you know there is another option to be a responsible parent and still get tested for gestational diabetes.

When attempting to avoid the glucose drinks many women try to get tested with the jellybean method that is popularly talked about on the internet. This is where you eat a bunch of jellybeans roughly equivalent to 50 or 100 grams of sugar found in the glucose drinks, however, doctors will fight you on the accuracy of the test result. They will also rebuttal with, most jelly beans still have artificial colors and preservatives. The alternative method that is not talked about enough is the at home one-week glucose monitor test that is done with glucose meter. This is not the cheapest way to test for gestational diabetes, because most insurances will not cover the monitor, finger poking lances, and costly strips unless you are already diabetic. However, it is the least controversial and the only test that will give you zero side effects with accurate results.

Knowing I was at high risk of gestational diabetes because of my age, Hispanic heritage, and mother and sister both having type two diabetes, I knew I had to take the glucose test at my 24-week appointment. Skipping the test was not an option for me. Therefore, I began to have the conversations with my doctor at my 20-week anatomy appointment. Anytime you are going against the grain it is best to have the conversation with your doctor ahead of time, so you do not feel pressured or unprepared to take a test or vaccine on the spot if you lose the battle to your doctor. In case we disagreed, I gave my doctor and I four weeks to find an alternative to the glucose drink that we would both be comfortable with. I had to articulate my concerns with an educated conviction because the first words out of my doctor’s mouth were, “Why do you not want to take the glucose drink?” almost as though he had heard it all before. Just to give you a heads up, the glucose drinks have evolved to make women more comfortable with taking it so more doctors will find it easier to just convince you to take the drink.

The glucose drink at my doctors office was clear of any artificial colors like, FD & Yellow #6 found in the widely known orange drinks. According to my online research, FD & Yellow #6 is a synthetic petroleum coloring linked to cancer, ADHD and behavioral disturbances. The drink was also BVO free, which is the chemical that has caused so much controversy with this topic. BVO is short for a synthetic additive called brominated vegetable oil. BVO is sometimes listed as Brominated Soybean oil, which is just spelling out the source of the vegetable oil but still BVO. BVO has a toxic bonding element called bromine. In short, the biggest red flag the internet will scare you with about drinking the glucose drink is that BVO was first patented in US as a fire-retardant chemical that you will find is sprayed on everything from toys to carpets. However, BVO is also found in many soft drinks that you may be already giving your children or drinking yourself, therefore many Drs will not entertain your concerns the second they ask if you drink soda and you answer yes. My doctor even asked if I drank soda occasionally or ever, when I told him no, I didn’t drink soda. While the amount of BVO found in soft drinks is FDA regulated in the US, it is banned in foods and drinks throughout Europe and Japan so there is plenty of room of concern. The list of potential health hazards is frightful.

Even without the BVO and the artificial colors, the list of synthetic ingredients in the clear, highly sugared drink, just didn’t sit well with me. You will find ingredients such as Dextrose from GMO corn, Natural flavoring from undisclosed sources, Food Starch Modified another GMO, Sodium Hexametaphosphate linked to cause organ irritation and toxicity. BHA which can be harmful to the circulatory system, and Sodium Benzoate which is a food preservative that can cause nausea, dizziness and lightheadedness. I am not a doctor, and my research was through hours spent online, but my doctor did not disagree with me when I started listing off what these ingredients were linked to. On top of all that I also felt 50 grams of sugar at once was going to make me sick. I wouldn’t eat 50 grams of sugar in a week. I feared I would throw up and then must drink it all over again. I feared it would spike my sugar level and give me a false positive, and then I would have to take the more elaborate three-hour test. Plus, what if I was diabetic – giving me 50 or 100 grams of sugar couldn’t be healthy.

Since opening up about my gestational diabetes I get asked how I was able to convince my doctor to let me slide on the traditional glucose tolerant drink. How was I able to get diagnosed with GD and not have to take the awful drink that gives so many people headaches, or makes them throw up, or makes them feel so sick? My answer is simple, you can decline taking the oral glucose tolerant beverage and still get tested for gestational diabetes. You may have to prick your finger four times a day with an at-home glucose monitor device. You will spend roughly $150 bucks on your kit and supplies and for one week to record your glucose levels, every morning while fasting and every two hours after your meals. But you will also have peace of mind that it wasn’t the 50 or 100 grams of sugar all at once giving you a false positive, and you will also know you are not putting anything in your body that can be harmful to you or your baby. This method will be based off your lifestyle and eating habits for 7 days that will also show you exactly what foods spike your glucose levels, and which are safe for you to eat.

Poking my fingers for a week was not fun, and it wasn’t cheap, but it was safe, accurate, and free of any side effects for myself and my baby.

My greatest advice to any mother-to-be is to not just read one or two articles on the internet, research what you are trying to avoid putting into your body or the body of your baby, because you may get a doctor that will challenge your beliefs. It is easy to say just change doctors, but at 24 weeks it really isn’t that easy to change doctors. Know what you are against. Is it the BVO? Is it the artificial coloring? Is it the list of ingredients you can’t easily pronounce? Is it the high dose of sugar all at once? Is it simply that there is an accurate way to get tested for gestational diabetes without the risk of a single negative side effect?

Get educated on both sides of the topic because when you go to your 24 week appointment, and the doctors try to get you to take the test, some doctors will blow off your concerns. I had a very understanding doctor. While he did challenge my education on the topic, he was very open to my concerns. Whatever you decide, always remember while you are pregnant you, and only you will be your babies biggest health advocate. Nothing can go into your body and get to your baby if you do not allow it.

I wish you all a healthy and happy pregnancy!

Pilar – Soon to be mom